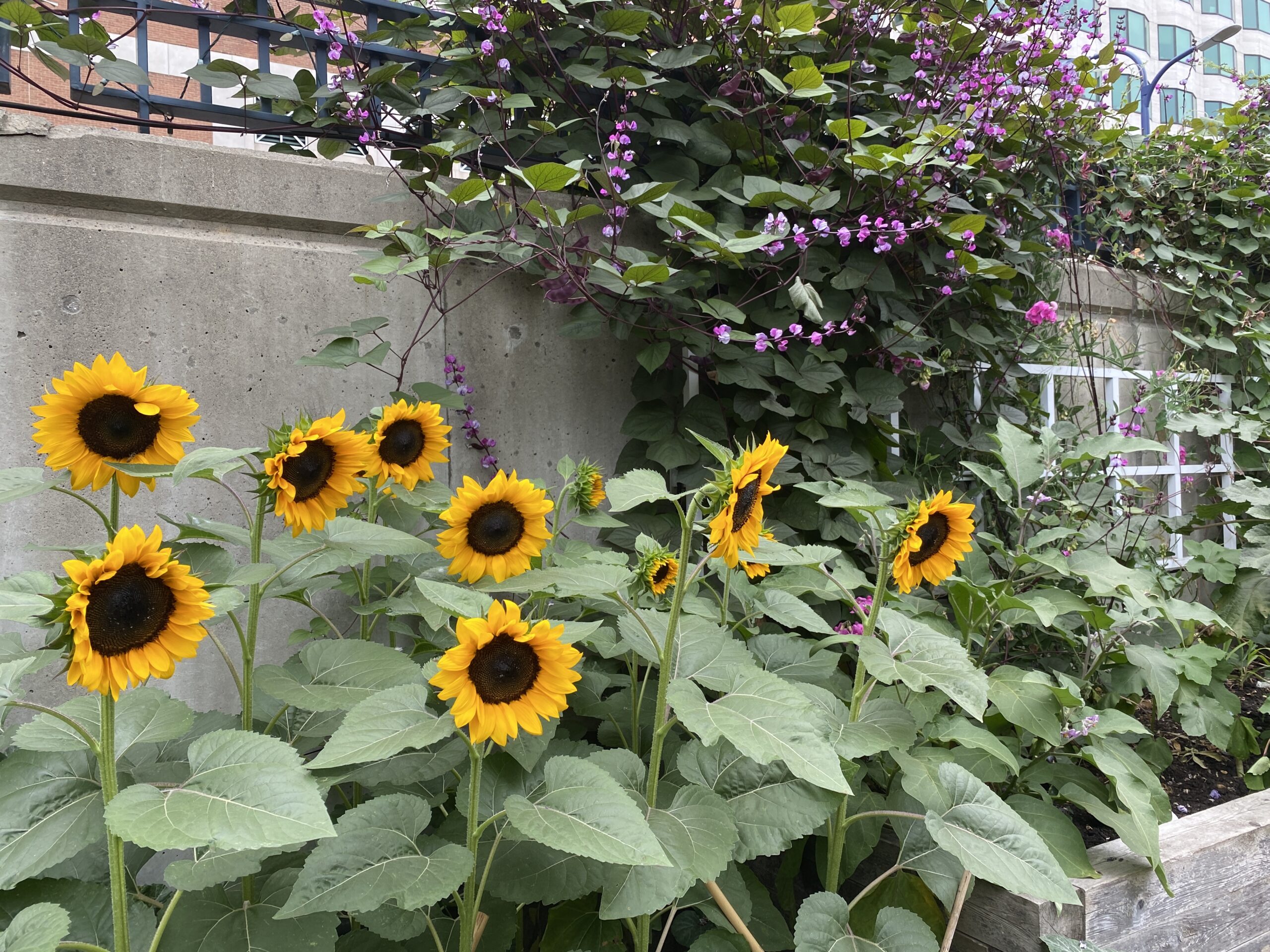 Seeds of Love and Justice, surrounding the main lawn at Dewey Square, is an extension of Holmes’ ongoing Roxbury Sunflower Project, initially launched by 2018 Now + There Public Art Accelerator Fellowship. Through the project, Holmes uses sunflowers to spread beauty and hope throughout the historically Black Boston neighborhood where the artist has lived since childhood. Designed to complement and grow alongside Breathe Life Together, the new mural from Rob “ProBlak” Gibbs (another Roxbury-native artist), the sunflowers are dotted with bright golden signage featuring poetry and quotations of inspiration curated by Holmes that speak to the importance of engaging, supporting, and nurturing Boston’s youth and upcoming generations.

Planted in collaboration with Co-caretakers and United Neighbors of Lower Roxbury Community Garden, the project on Dewey Square features four varieties of sunflowers in mini-landscapes on The Greenway that aims to amplify the power of art as a tool of self-determination to change one’s mindset and community.

The Roxbury Sunflower Project is a community-wide, collaborative initiative founded in 2018 by artist Ekua Holmes that aims to bring nature, beauty, and color to the Roxbury landscape in unloved and uncared for public lots or in private gardens and yards by inviting families, organizations, and agencies to plant 20,000 sunflowers a year in the Roxbury neighborhood. Seeds, instruction, and encouragement are provided free of charge. The Roxbury Sunflower Project positions the sunflower as a symbolic representation of contemporary Roxbury, its people, and history and to bring nature, beauty, and color through community-wide sunflower plantings.

The project’s goals are to: INSPIRE a community-wide action of planting seeds, harvesting flowers, and documenting the process with photography, art, and video; INSTALL lush and colorful mini-landscapes around Grove Hall in Roxbury and Dorchester; EMBRACE the Sunflower as an emblem of spirit and history of Roxbury; EMPOWER youth to lead and influence their neighborhoods.